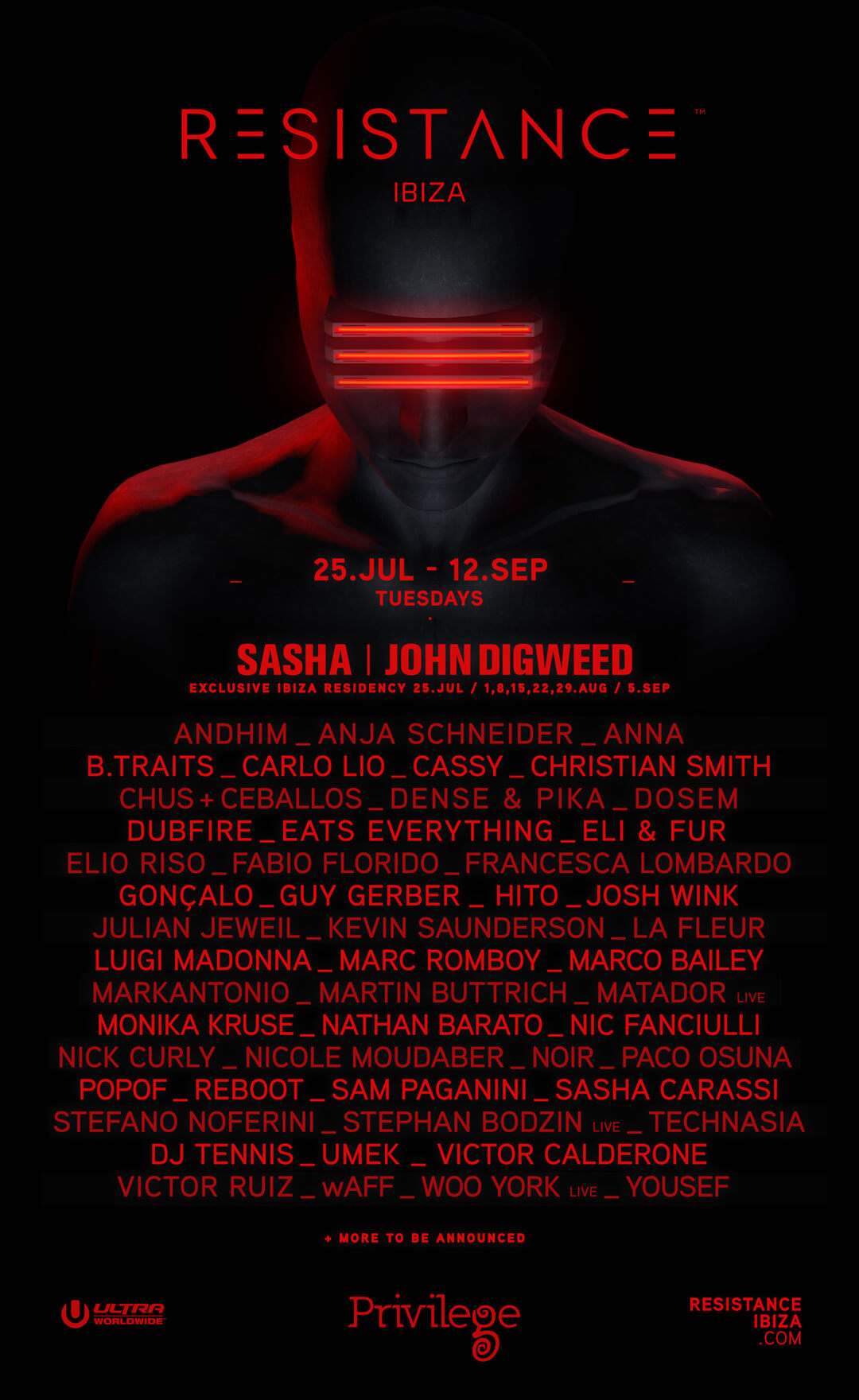 As it prepares for its highly anticipated debut residency at Privilege Ibiza this summer, RESISTANCE™ now unveils the next round of artists set to perform across the 8-week run.

The brand’s first official foray onto the White Isle, RESISTANCE™ will run every Tuesday at Privilege Ibiza from July 25 until the official closing party on September 12, with Sasha and John Digweed leading the charge at seven of those eight dates (25 Jul / 1, 8, 15, 22, 29 Aug / 5 Sep).

Tickets for all eight Ibiza parties are now on sale at ResistanceIbiza.com. The full lineups for each event will be announced soon.

First conceived at ULTRA Buenos Aires in February 2015, the RESISTANCE™ concept was then rolled out at Ultra Music Festival Miami the very same year. Housed in the awe-inspiring, state-of-the-art ‘Afterburner’ stage, powered by Arcadia Spectacular, RESISTANCE™ drew huge international attention and has since had custom productions on five continents.

The 2017 edition of ULTRA MUSIC FESTIVAL saw RESISTANCE™ dominate not one, but two huge stages at Bayfront Park, expanding into a unique festival within the festival. In addition to welcoming back the SPIDER across all three days of the event, RESISTANCE™ also announced Carl Cox as its global ambassador.

2017 also saw the reveal of the RESISTANCE™ eight-week Ibiza residency at the world’s largest nightclub, Privilege. The brand’s residency will run every Tuesday from July 25th until the closing party on September 12th. Shanghai, Seoul and Mexico City have also been added to the rapidly expanding RESISTANCE™ global calendar, taking place in September and October respectively.