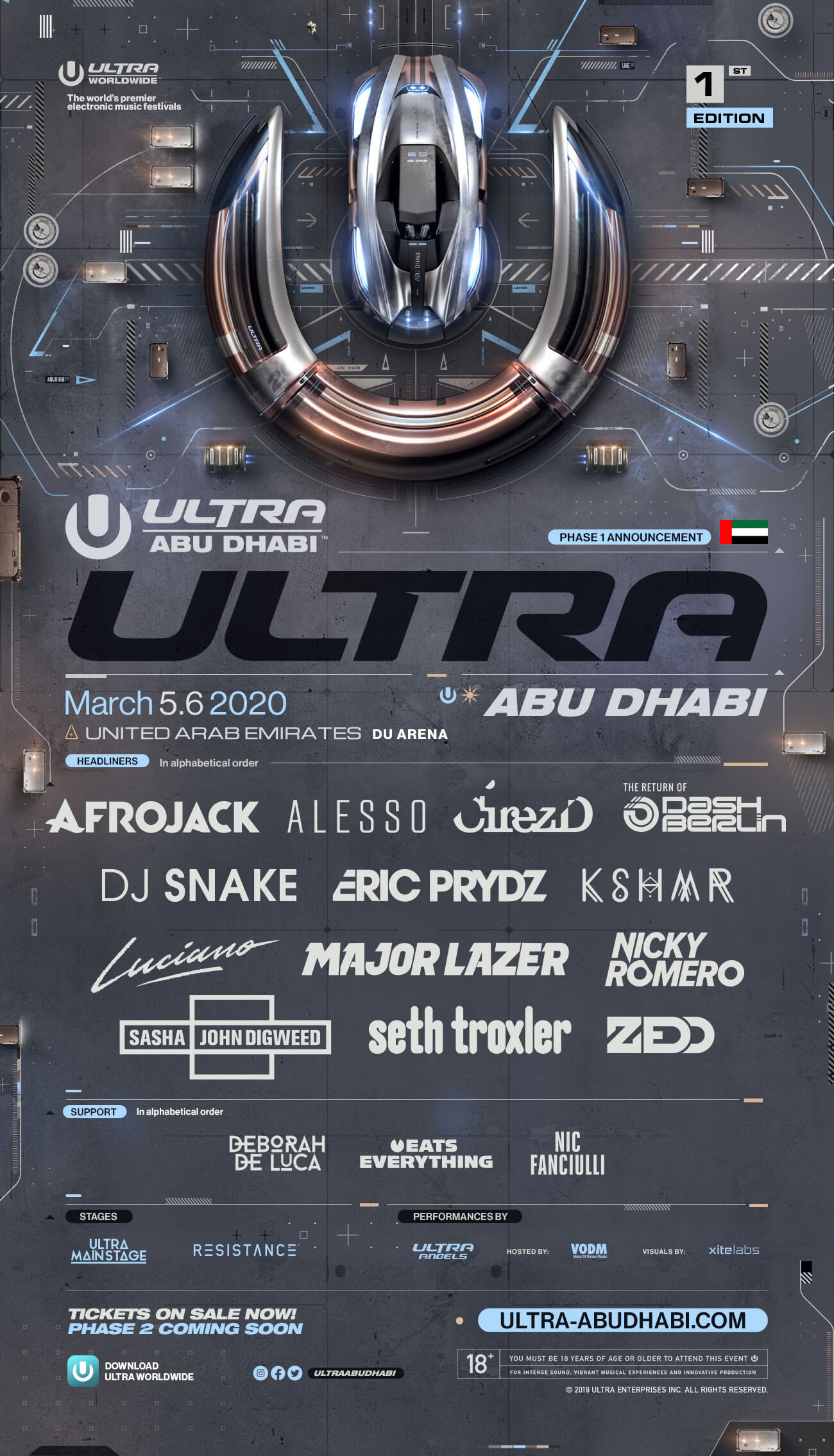 For the first time in its history, ULTRA Worldwide is coming to the Middle East. In March 2020, the UAE’s community of electronic music fans will finally get to revel in the unparalleled ULTRA experience at ULTRA Abu Dhabi.

The two-day festival will take place at the largest open-air venue in the region, du Arena, which is located on Yas Island, one of the world’s fastest growing leisure and entertainment destinations and a pinnacle of luxury in the United Arab Emirates.

As well as being the capital city, Abu Dhabi is rapidly on its way to becoming the cultural centre of the UAE. The modern, cosmopolitan vibe lures in visitors from all around the world, who journey to the Middle East seeking that famous Emirati luxury. Book now to reserve your spot at ULTRA’s Middle East debut!

Tickets for ULTRA Abu Dhabi are on sale now!

ULTRA Abu Dhabi 2020 is proudly presented by the Department of Culture and Tourism – Abu Dhabi.