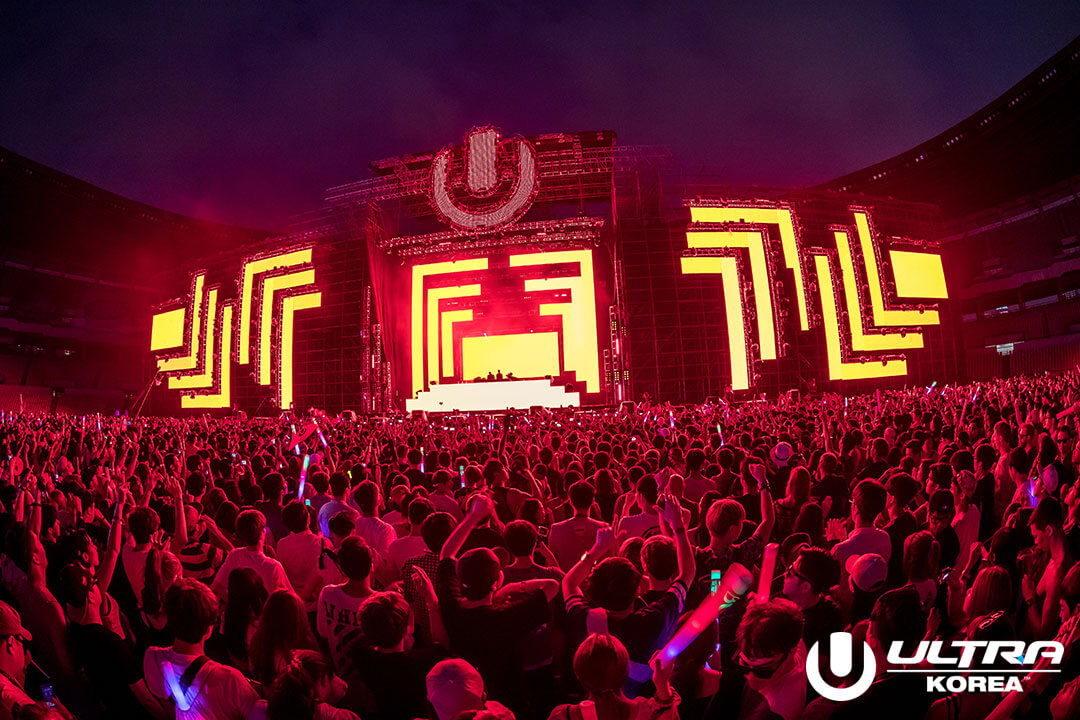 Road to Ultra Thailand Sells Out Its Third Year

In August 2012, The Olympic Stadium in Seoul, South Korea, played host to the first Asian edition of ULTRA Worldwide, welcoming 40 local and international acts to perform across 2 jam-packed days. Fast-forward to 2016, and ULTRA’s debut Asian event has grown into an undisputed monster…

On June 10, 11 & 12 2016, ULTRA Korea celebrated its landmark fifth anniversary; becoming the most established event in ULTRA’s global calendar, after of course the annual flagship event in Downtown Miami, which turned 18 earlier this year.

Expanding to three days for the first time in its five-year history, The Olympic Stadium hosted a record-breaking 150,000+ strong crowd, for what was officially the largest electronic music festival ever to take place on Korean soil.

Vast hoards of Ultranauts bore witness to juggernaut sets from headliners including Afrojack, Armin van Buuren, Avicii, Axwell^Ingrosso, Chase & Status, deadmau5, Knife Party, Martin Garrix & Rabbit In The Moon, across four diverse stages, including an awe-inspiring Main Stage that had grown in size by over 30% since the previous event in 2015.

Without a doubt the biggest talking point of the weekend was the closing Main Stage set on Sunday evening, where fans were treated to an unforgettable slice of music history. Having announced his imminent forthcoming retirement from touring earlier this year, Swedish megastar Avicii took to the colossal stage for his final ULTRA performance ever, showcasing an entire catalogue of smash hits that shook Seoul to its very core.

Powered by UMF TV, NOMOBO and VLIVE, the ULTRA Korea live stream was watched by over 1,000,000 around the world, in another huge success story for the long-standing Asian festival.

Other highlights across the weekend included some impressive Live Art Activation, which saw 8 world famous graffiti artists visually captivate fans with incredible live painting performances, and a delicious array of food and drink booths, offering refreshments and culinary delights from across the globe.

In another simultaneous weekend double-header, Saturday June 11 also saw Road To ULTRA Thailand land in Bangkok for its third annual sold out show, hosting the likes of Avicii, Martin Garrix, Jauz, Sunnery James & Ryan Marciano and Ansolo among others at the iconic Bitec Convention centre.

The conclusion of Road To ULTRA Thailand and ULTRA Korea marked the end of ULTRA’s first 2016 Asia tour, ahead of the second run of shows in September. Part two will see the brand undertake six stops across the continent including, Singapore, Taiwan, Japan, Hong Kong, Bali and the Philippines all within a two-week span – a feat that no other event organizer can lay claim to.

The internationally renowned festival, which has taken place every March since its inception, celebrated its eighteenth anniversary from March 18-20, 2016 by bringing over 165,000 music enthusiasts to the sold out waterfront event in the heart of the City of Miami. Ultra Music Festival returns to Bayfront Park for its nineteenth annual edition, 24-26 March 2017.

Choosing to follow a unique, creative vision and a wholly organic growth focused around a true love for music, artists and fans alike, the ULTRA and ULTRA Worldwide™ brands represent not only the world’s biggest and most successful remaining INDEPENDENT electronic music festival brand, they are now the most international of any festival brand in the world by far. The event organizers continue to transport the unrivalled experience from the Miami flagship festival to an ever-growing number of destinations and fans all over the globe.

Over the past eighteen years, literally thousands of the world’s most iconic DJs, producers and live acts have mesmerized audiences with awe-inspiring sets at ULTRA festivals in ARGENTINA, BALI, BRAZIL, CHILE, CROATIA, IBIZA, JAPAN, KOREA, SOUTH AFRICA and of course MIAMI, as well as ROAD TO ULTRA® events in BOLIVIA, CHILE, COLOMBIA, MACAU, PARAGUAY, PERU, THE PHILIPPINES, PUERTO RICO, SEOUL, SINGAPORE, TAIWAN, THAILAND, TOKYO and the USA. Each and every new global edition is founded on the same successful recipe that has been perfected over eighteen years in Miami, combining the most diverse electronic talent with the most technologically advanced, large-scale festival productions in the world.

In addition, the ULTRA brands pioneered the live stream experience, ‘ULTRA LIVE’ (whereby the festival is brought online to over 20 million unique viewers globally) and the audio broadcasting platform ‘UMF RADIO’ (syndicated to FM Radio in over 77 countries and reaching more than 22 million listeners weekly). Also UMF FILMS’ collaboration with FINAL KID has seen some of the most visually breathtaking festival aftermovies in the music space, including a feature-length documentary exploring the explosion of dance music, entitled CAN U FEEL IT, which premiered at the Ultra Music Festival, Miami 2012 and was exhibited in over 500 theaters across the Unites States.

2016 will see the ULTRA and ULTRA WORLDWIDE™ brands continue to push the boundaries even further, bringing an unparalleled combination of cutting edge productions and the world’s best electronic acts back to previous strongholds and new frontiers across the globe. With a brand new edition of ULTRA Brasil confirmed to take place in Rio de Janeiro on 14-15 October 2016, ULTRA Singapore becoming a full scale two-day festival on 9-10 September and with ROAD TO ULTRA® entering Hong Kong later this year, the ULTRA brand has now united TWENTY COUNTRIES across FIVE CONTINENTS worldwide. For full details on all ULTRA Worldwide events, go to umfworlwide.com